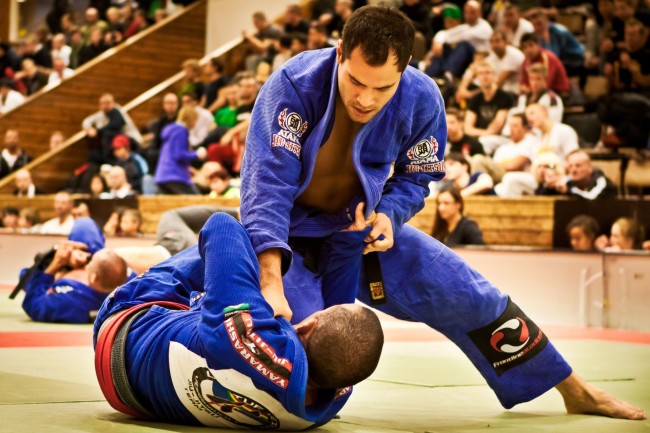 How does the fitness of elite Brazilian Jiu Jitsu (BJJ) athletes compare to that of fighters in other martial arts? In an effort to answer this question, researchers from MaringÃ¡ State University and the Martial Arts and Combat Sports Research Group at the University of SÃ£o Paulo conducted a study in which they evaluated the raw fitness scores of BJJ athletes and compared them to those of other athletes. in combat sports. Such a study is one of the first of its kind to examine the adapted physique of a BJJ athlete who faces a unique set of physical demands.

Brazilian Jiu Jitsu is a martial / fighting arts system that was developed in the 1920s as an adaptation of traditional Japanese ground fighting martial arts. While not as ubiquitous as other styles of martial arts, Brazilian Jiu Jitsu has grown in popularity over the past 30 years, both at the amateur and competitive level. Organizations such as the International Brazilian Jiu-Jitsu Federation help organize and set the standards for BJJ competitions.

In Brazilian Jiu Jitsu, the emphasis is on ground combat. Eliminations and throws are also part of the styling program, but they are emphasized less than in other arts such as judo. Although formal competitions are categorized by weight division, style teachings on leverage, weight placement, and manipulation of an opponent’s body have given the art a reputation for being effective even when ‘it is performed by smaller competitors against bigger opponents.

That being said, what does the average Brazilian Jiu Jitsu elite fighter look like? Compared to extensive surveys of top athletes in other sports such as wrestling or long distance running, very little is known about elite athlete BJJ. In one of the few peer-reviewed resources on the subject, researchers at MaringÃ¡ State University and the University of SÃ£o Paulo examined the fitness scores of athletes who won medals in national competitions. and / or international Brazilian Jiu Jitsu.

What did they find? To begin with, the researchers assessed the cardiovascular fitness and aerobic endurance of their elite BJJ athletes by measuring their maximal oxygen uptake (VO2 max) scores during a treadmill test. On average, BJJ athletes consumed 49.5 ml / kg / min. This value is low compared to measurements by elite wrestlers, who reported a peak oxygen uptake of between 53 and 56 ml / kg / min. Even above that, judo athletes have an even higher average maximum oxygen uptake: around 63.0 ml / kg / min.

BJJ athletes were also evaluated on their muscular endurance. The average elite BJJ athlete can do 40 push-ups in a minute, which is exactly what elite judo athletes achieve according to a 2008 research study published in Acta Medica Medianae. The category where BJJ athletes really excelled was in muscle strength and endurance testing. The average athlete was recorded as doing 52 sit-ups per minute and scored an impressive 185.5 kgf on his isometric maximum back strength tests. In both of these areas, elite BJJ fighters outperformed judo athletes with comparable success.

Overall, the authors of the article concluded that elite Brazilian Jiu-Jitsu athletes have average aerobic power, excellent muscle strength and endurance in the core and upper body, and strength. maximum isometric backbone. But it is important to keep in mind that such values â€‹â€‹do not necessarily reflect the fitness of all athletes in a sport, nor can they predict which style or group of athletes is superior to another. It is also crucial to recognize that the study did not examine other essential characteristics such as technical skills, reflexes and courage. Overall, this research provides an interesting, albeit very narrow, window into the profiling of some of the most technical athletes in the world.