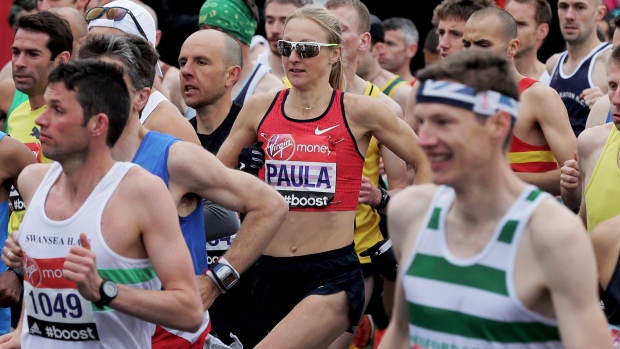 Being in poor shape is a greater risk of premature death than high blood pressure or high cholesterol, according to a large new study. In fact, the only thing worse for longevity was smoking, according to the study.

The study, which ran for 45 years, was published Tuesday in the European Journal of Preventive Cardiology.

It focused on 792 men born in 1913 in Gothenburg, Sweden, who were recruited in 1963 for a study looking at risk factors for cardiovascular disease.

In 1967, at age 54, the 792 men did a stress test. Of those, 656 men also took a maximal stress test in which they pushed themselves to the limit. The remaining men were excluded from the maximal effort test because they had a health problem that could make it dangerous.

Studies have determined men’s VO2 max, or maximal oxygen uptake, as a way to measure their aerobic capacity. The higher the VO2 max, the more physically fit men are.

The men had multiple physical exams every 10 years until 2012, when they would have reached the age of 100. Data on the cause of their death were obtained from the National Registry of Causes of Death.

“The benefits of being physically active throughout life are clear,” said lead author Dr Per Ladenvall, researcher in the Department of Molecular and Clinical Medicine at Gothenburg University in Sweden.

“Low physical capacity is a greater risk of death than high blood pressure or high cholesterol.”

Ladenvall said the health risk associated with poor aerobic fitness was evident throughout the decades studied and suggests that physical activity can have a big impact across the lifespan.

He added that public health advocates have made great strides in reducing smoking rates; now the same must be down to reduce inactivity.

â€œThe next major challenge is to keep ourselves physically active and also to reduce physical inactivity, such as prolonged sitting,â€ he said.