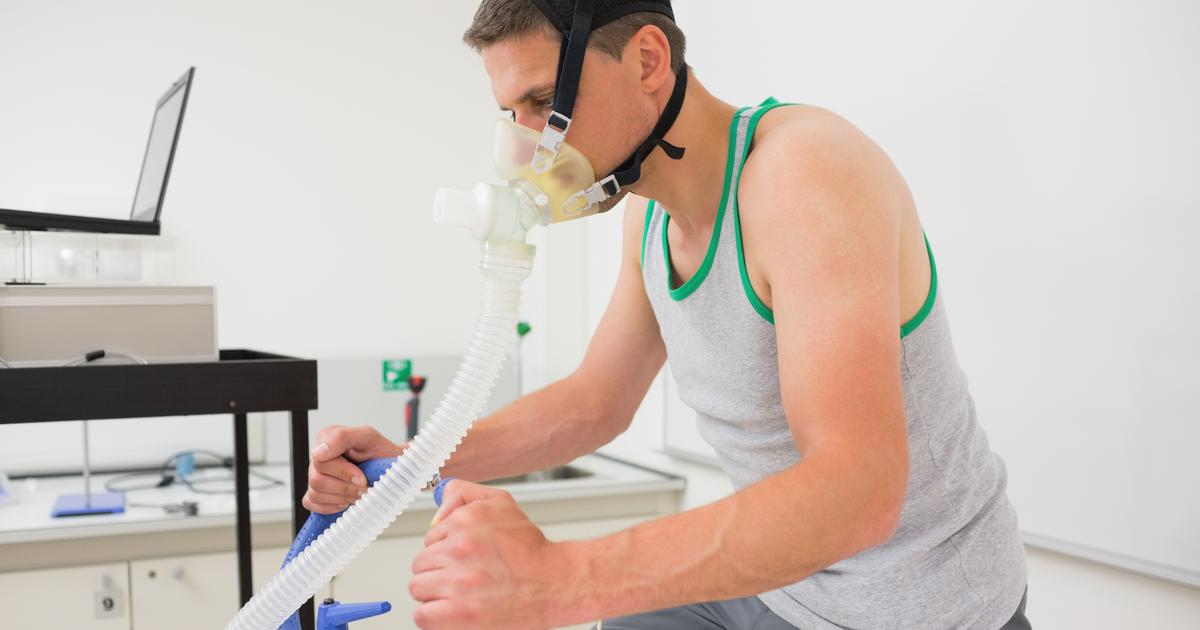 A surprisingly comprehensive new study from Stanford University has delivered the most in-depth investigation ever into the human body’s molecular response to exercise. The research tells in great detail how a single session of aerobic exercise triggers vast systemic molecular changes, and the results point to a potential future blood test that could objectively measure a person’s general fitness.

â€œEveryone knows exercise is good for you, but we really don’t know what drives it on a molecular level,â€ says Michael Snyder, lead co-author of the new study. “Our initial goal was to conduct a very comprehensive analysis of what is happening in the body right after exercise.”

The best general test currently available to measure a person’s aerobic fitness is called a VO2 peak test. This is a common subject on a treadmill, with progressively increasing intensity as oxygen uptake is measured using a mask. A VO2 max measurement is achieved when an individual’s oxygen uptake reaches a constant level, regardless of increasing exercise intensity.

The Stanford study recruited 36 subjects, aged 40 to 75, with varying levels of insulin resistance. The subjects then performed a traditional VO2 peak test, with blood samples taken before and after the stress test.

Instead of taking a single blood sample after the VO2 peak test, the researchers collected four post-exercise blood samples – at two, 15, 30, and 60 minutes after the session. This allowed researchers to study molecular changes from an unprecedented time perspective.

“All of these measurements allow us to describe a choreography of molecular events that occur after exercise,” says Snyder. “We know that exercise elicits a range of physiological responses, such as inflammation, metabolism, and hormonal fluctuations, but these measurements have allowed us to characterize these changes in unprecedented detail.”

Unsurprisingly, the researchers detected intense molecular responses two minutes after the subjects stopped exercising. A variety of metabolic and immune biomarkers increased immediately, however, rapid changes over time were detected. The two-minute test found that the subjects metabolized amino acids for energy, but this shifted to glucose metabolism after 15 minutes.

â€œThe body breaks down glycogen as part of its recovery response to exercise, which is why we see this spike a bit later,â€ says Snyder.

Perhaps one of the most immediately pragmatic results of this solid research is the suggestion that a simple blood test could replace the traditional VO2 peak test as a means of objectively testing a person’s fitness. The study identified a clear correlation between the subjects’ baseline blood tests and their subsequent peak VO2 results.

This correlation suggests that the same aerobic fitness data collected by a VO2 peak test could be collected from a blood sample. The problem the researchers will have to overcome will be to find a way to simplify the test and find a small subset of molecular biomarkers representative of the VO2 peak data.

The current test used in this study was incredibly large, analyzing thousands of different molecular biomarkers. Obviously, this wouldn’t be feasible for a common clinical trial, but researchers are currently developing an algorithm to sift through the mass of data collected and focus on a few particular molecular biomarkers that are most correlated with peak VO2 data.

“Aerobic fitness is one of the best measures of longevity, so a simple blood test that can provide this information would be invaluable for monitoring personal health,” explains KÃ©vin Contrepois, co-lead author of the study.

The new research was published in the journal Cell.